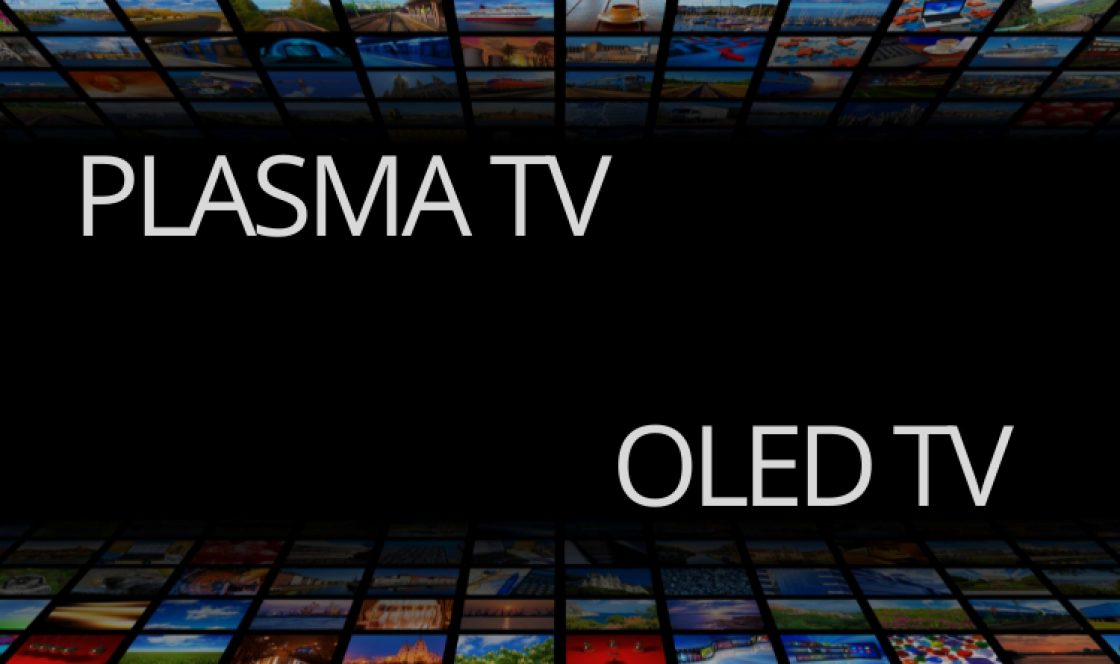 Different display technologies have emerged as televisions have evolved. At the same time that plasma TVs were being taken out, LCD TVs sprouted from the remains of their predecessor and finally evolved into OLED. This article will give you a detailed comparison of Plasma VS OLED TV.

The more popular OLED TV, which stands for organic light-emitting diode, is an advancement over the more LCD technology. Plasma TV use has become less common these days but they can still be a good option in some scenarios.

Plasma VS OLED: The Comparison Summary

IS OLED BETTER THAN PLASMA? ​

Yes, OLED TVs are better than Plasma TVs due to their better brightness, wider viewing angles, infinite contrast, and less power consumption. However, in terms of longevity and refresh rate plasma screens have a slight advantage over OLEDs. They are less likely to lose their color over time.

OLEDs have infinite contrast and deeper blacks. They are robust to radio interference from other nearby functioning devices. Since most manufacturers have stopped making plasma screens, OLEDs are simpler to find and available in various sizes and brands.

Hence, it is clear that Plasma only outperforms OLED in terms of longevity and refresh rate.

Other than that, Plasma is destroyed by OLED. As the OLEDs have perfect blacks and no phosphor trails. Not only this, but OLEDs have less picture retention, quicker response times, and a noticeably brighter image.

OLEDs have the benefits of 4K, HDR, HDMI 2.1, smart TV, and 120 Hz refresh rates. In contrast, the refresh rates of plasmas are only 60 Hz. Additionally, they are less power-hungry, thinner, lighter, cooler, and quieter.

Detailed Comparison Between Plasma And OLED

To know the Difference between Plasma and OLED, we must first understand each term individually.

The TV will no longer power those sub-pixels if the screen’s portion remains dark. Black is black. The image appears natural on a plasma television because of the fluid movement presentation. 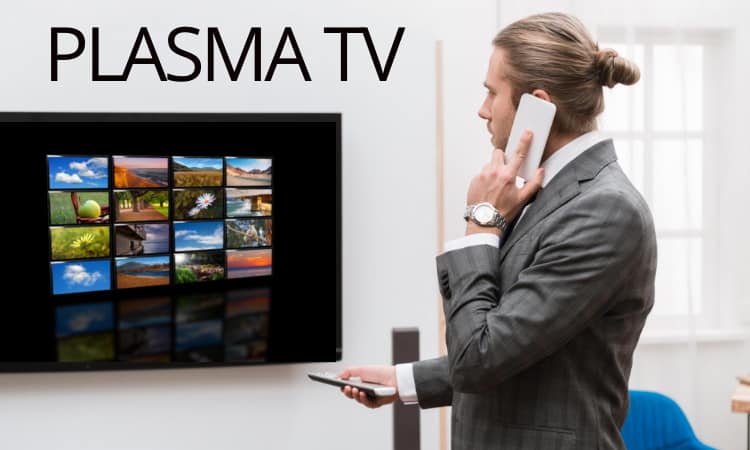 An OLED television has a panel that is made up of millions of sub-pixels, each of which uses a filter to display a different colour. Each pixel can be turned on or off separately. The pixels there will be turned off by the television.

The colours are vibrant and realistic because of the image’s unending contrast. The method is comparable to a plasma TV. However, an OLED has crisper images since its sub-pixels are smaller.

Both technologies have more significant screen sizes and higher resolutions than older ones. Also, they may both be used for years without experiencing colour deterioration or screen burns.

You may also not experience a screen flicker issue with either plasmas or OLEDs. This is because their refresh rates are relatively high compared to earlier screen technologies.

Plasma employs ionized gases to light the screen, whereas OLED uses organic material. OLED screens don’t survive as long as plasma screens since the colour of an OLED panel fades over time.

With Plasma, you might face a problem at higher altitudes. The pressure differential between the environment and the internal gases harms the set. Since Plasma relies on gases inside the screen to illuminate the images, you can’t use a plasma screen at high altitudes.

Due to the presence of ionized gases, plasma TV is more susceptible to interference. Since OLED doesn’t have this issue, there won’t be any radio-frequency interference when listening to AM radio near an OLED TV.

The blacks on an OLED screen are black because OLED technology shuts off the pixels representing darkness. Blacks on plasma panels aren’t as deep as they are on OLED screens because plasma screens lack that level of precision.

Let us look at some features to make a better comparison:

The best picture is on OLED screens, but they are more prone to burn-in. The best image quality available is provided by OLED technology, which also offers a very high contrast ratio. Sadly, burn-in is a potential issue with OLED.

Burn-in occurs when a portion of a picture persists as a ghostly background regardless of what is displayed on the screen. This could be navigation buttons, persistent icons on the phone, a channel logo, a news ticker, or a scoreboard on a TV. The burn-in can happen to all organic light-emitting diode screens.

Some key facts about burn-in:

Plasma uses a phosphor-based screen technology, like tube TVs and previous CRT rear-projection televisions. If you leave a static image on your screen for too long, it may leave a ghost of itself behind and appear burned into the screen due to uneven phosphor wear.

A high-contrast image, such as brilliant text against a dark or black backdrop, has the most significant risk of burn-in. This happens because specific pixels are turned on to the maximum while others nearby are entirely off.

OLED consumes less power and creates brighter images. Although plasmas are less bright, they may be harder to see in a bright room and will gradually get dimmer.

Plasma television fans gush over the superb picture quality. The quality is excellent, especially when watching movies, television shows, and sporting events. Dark scenes are even easier to see because of the high contrast. Rich and realistic colour representation is used.

On a plasma television, motions during sports or action movies are presented fluidly. Motion blur won’t appear even with the swiftest movements. Due to the wide image angles of a plasma TV, another benefit is that you get the same image quality from every perspective.

An OLED television is different from what you’re used to when you turn it on. Deep blacks and vivid hues are seen. Because you can even make out features in the darkness, dark scenes in movies or television shows have no surprises.

Enjoy an image with a lot of depth and vibrant, lifelike colours thanks to the OLED panel’s limitless contrast. Fluent and organic movement progression is used. All these elements ensure a realistic viewing experience if you have an OLED display.

There is no denying that a plasma TV uses more electricity than an OLED equivalent, making it more expensive to operate. However, there is no clear-cut difference between the power consumption of the two. Screens are heavy because of the requirements of plasma technology.

PLASMA TV VS LED VS OLED

QLED VS OLED VS PLASMA

QLED TVs are LCD TVs that have been upgraded with a layer of quantum dot particles.  When compared to organic particles used in OLED TVs, quantum dots particles improve brightness and contrast. Additionally, they prevent burn-in, increase durability, and produce an overall good image quality.

Quantum dot technology further improves the image quality of the display. Although the moniker “QLED” may be confusing, these TVs are LED TVs with a quantum-dot enhanced film layer rather than OLED TVs. 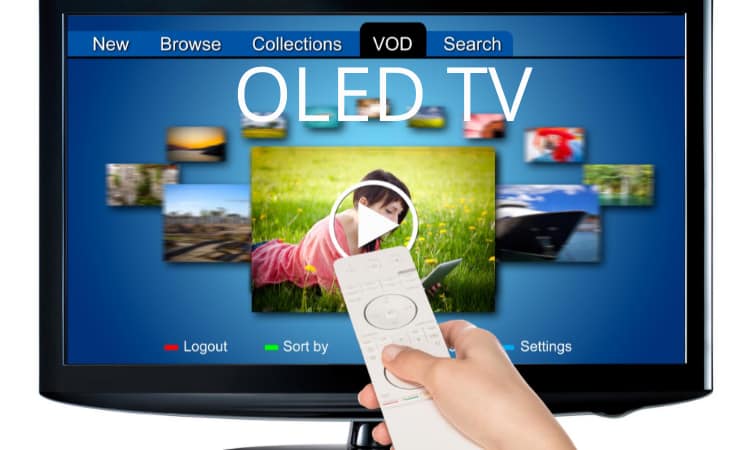 An OLED is an organic light-emitting diode. It’s the most recent addition; it’s also the most expensive. It is unique in that it can produce light on individual pixels. This means that the colour, brightness, and black levels are more precisely controlled. Because it illuminates individual pixels, you can expect a higher contrast ratio.

Plasma TVs have some of the highest quality television screens you’ll ever see. Their panel displays use Plasma (hence the name) and are said to produce truly black colours. In effect, you have virtually perfect image quality.

Which one is better?

To be able to make a decision here, you must first consider some factors. It isn’t just the price, but many people consider other features as well. These include brightness, contrast ratio, black levels, viewing angles, and energy consumption.

The QLED is the most affordable of the three. When comparing the same size plasma TV to a QLED, the QLED is still the cheapest, significantly more than a plasma TV. However, OLED is expensive.

The QLED can get brighter than most OLEDs, which is especially useful in bright rooms and with HDR content. OLED TVs, on the other hand, can still get much brighter for most rooms. Their superior contrast allows them to deliver a better overall HDR image than any QLED.

However, plasmas are less bright and will dim over time, making them more challenging to see in a bright room.

The contrast ratio is the ratio of the brightest and darkest colours that a screen can display. In comparison to QLED and Plasma, OLED has an infinite contrast ratio. It can quickly turn on and off a pixel for maximum brightness (or darkness).

The OLED TV has the best black levels, similar to the contrast ratio because the light is pixel-specific. This means it can turn off the actual pixels, resulting in true black colour. Plasma is a close second in that it can control its pixels, but the blackness is not as deep as that of an OLED TV screen.

OLED TVs are known for having extremely wide viewing angles, making them ideal for viewing in group settings with spread-out seating. OLED TVs have an average viewing angle of around 70 degrees from the center, where the center refers to being directly in front of the screen.

At most viewing angles, you won’t notice any difference in colour or brightness with an OLED TV. To compare, plasma televisions have the same image quality from every angle due to their wide image angles.

OLED panels do not require an extremely bright backlight and are inherently more energy-efficient. This is because the backlights consume a significant amount of power

A plasma TV consumes a lot of energy. While you may get a crystal clear image, that crisp image comes at a high energy cost. A 42-inch plasma TV can consume up to 500 watts, which is more than a standard-sized refrigerator.

To conclude, plasma is dying today for a reason. This is primarily due to the high cost of production. Plasma televisions are extremely expensive.

Plasma televisions have nearly disappeared as OLED, and other technologies such as Super-AMOLED have taken over the market.

Panasonic, LG, and Samsung stopped producing plasma TVs in 2014 due to rising production costs and increased demand for other screen technologies.

If you want the most appealing image, go with OLED, but plasma TVs have better image quality.

OLEDs have advantages over plasmas, such as lighter weight, less fragile construction, and resistance to environmental interference. You’re better off using OLEDs rather than the antiquated and temperamental plasma technology. 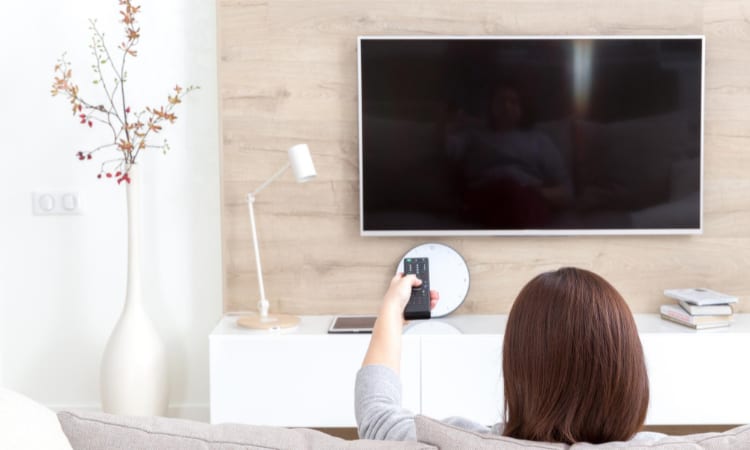 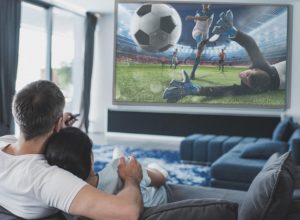 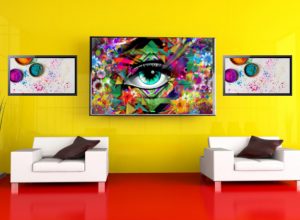 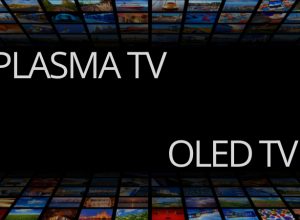 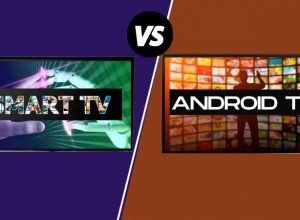 Android TV vs Smart TV: Which Is Better? 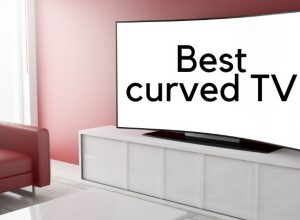 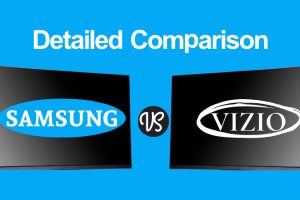 Samsun and Vizio are leading brands for selling the best TVs in the world. Having a look at the latest TVs from … 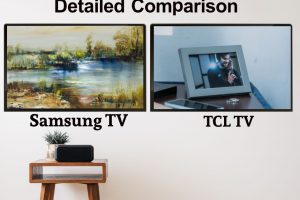 Samsung and TCL have become the leading TV manufacturers in the world. Both brands are launching the latest version of TVs and … 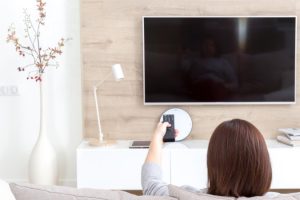 If you are looking for the best TVs under $150, we have good news for you. You can now get a TV …