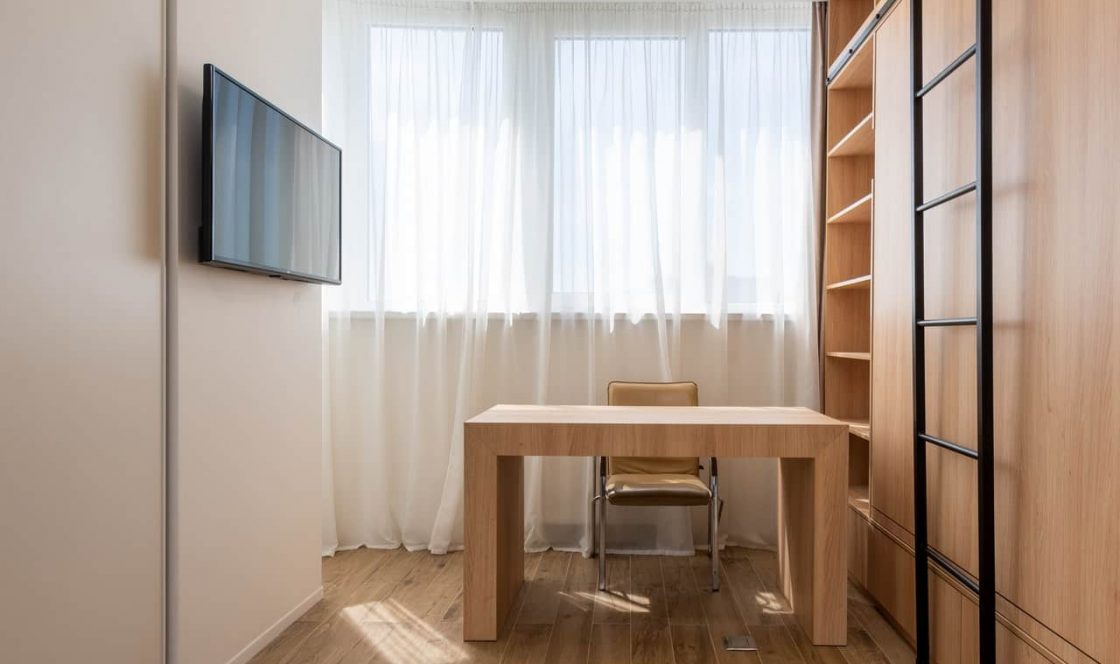 How to Mount a TV on the Wall Without Stud Finder – Easy Guide, FAQs & More

Most walls found in households in the US have studs in them and most wall mounts are designed to be installed into studs.

This is why locating studs in your wall is a crucial step when it comes to the wall mounting process for televisions.

Studs are usually identified in walls through the use of a stud finder. However, what does one do when they don’t have a stud finder?

In this post, we will discuss the step-by-step process of what you should do to wall mount your TV if you don’t have a stud finder.

We’ve provided all the tools and supplies you will need (minus the stud finder) to mount your TV as well.

Let’s get into it. 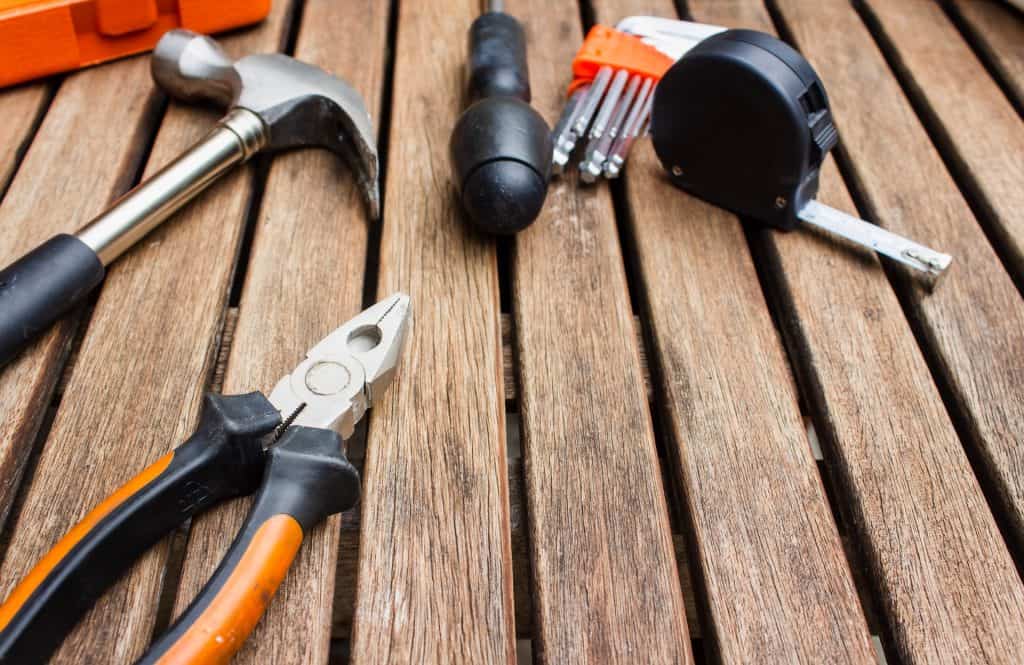 The tools and supplies you will need to mount a TV onto a wall are fairly standard and you’ll most likely have most of them already in your home.

We highly advise that you take the time to buy the tools and supplies needed for the process before you actually begin the installation.

Having everything on hand can make the process much more efficient as you won’t have to pause it every time you need a new tool.

The tools and supplies you will need to mount a TV on the wall without a stud finder are:

Once everything is gathered, you can begin the installation.

How to Mount a TV on the Wall Without a Stud Finder?
(Step-by-Step Guide)

Many people are disheartened when they look up most instructional guides and find that they need a stud finder to wall mount their TV.

The truth of the matter is that while a stud finder makes it extremely easy to find studs on your wall, you can easily find them without it too.

In fact, there are a number of different methods to find studs in your wall; We will go over some of the most common and easier methods in this section.

Step 1: Before you do anything, the first step is to decide on the primary location where you want the TV to be mounted.

Remember that the location needs to be a spot that is close to a power outlet. It should also be a spot that has a decent amount of space in front of it where you can sit and watch TV.

If possible, it should also be away from a window or any other similar external light source. This is because when external light shines on a TV screen, it causes glare which is not something you want.

Once the location has been decided, you can get to work.

Step 2: Now, this is the part where you would normally pull out your stud finder to find the locations of the studs in the wall.

Since we don’t have a stud finder, we’ll have to use other methods.

If you have a flashlight, you can shine it on your wall to hunt for irregularities. Shining a light on the wall makes it very easy to identify dimples and valleys in your wall which indicate the presence of a stud.

If you don’t have a flashlight, you can also identify studs in the wall simply by knocking on them. If your knocking is met with a hollow echo, that means you’re not knocking on a stud.

However, if you’ve met with a solid sound, that means you’re knocking on a stud.

Mark the locations of at least two studs next to each other with a marker or a pencil. 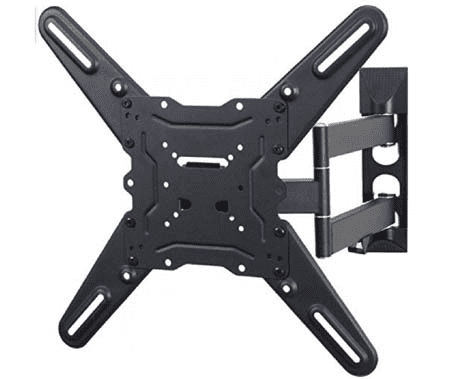 Step 3: Request your helper to hold up the wall mount against the wall so that its screw holes align with the locations of the studs you marked in the last step.

It’s important that you use a level at this stage to ensure that your helper is holding the TV up properly.

The last thing you want is a crookedly-mounted TV.

As the helper is holding the TV mount up against the wall, you should mark the locations of the screw holes with a pencil or a marker. 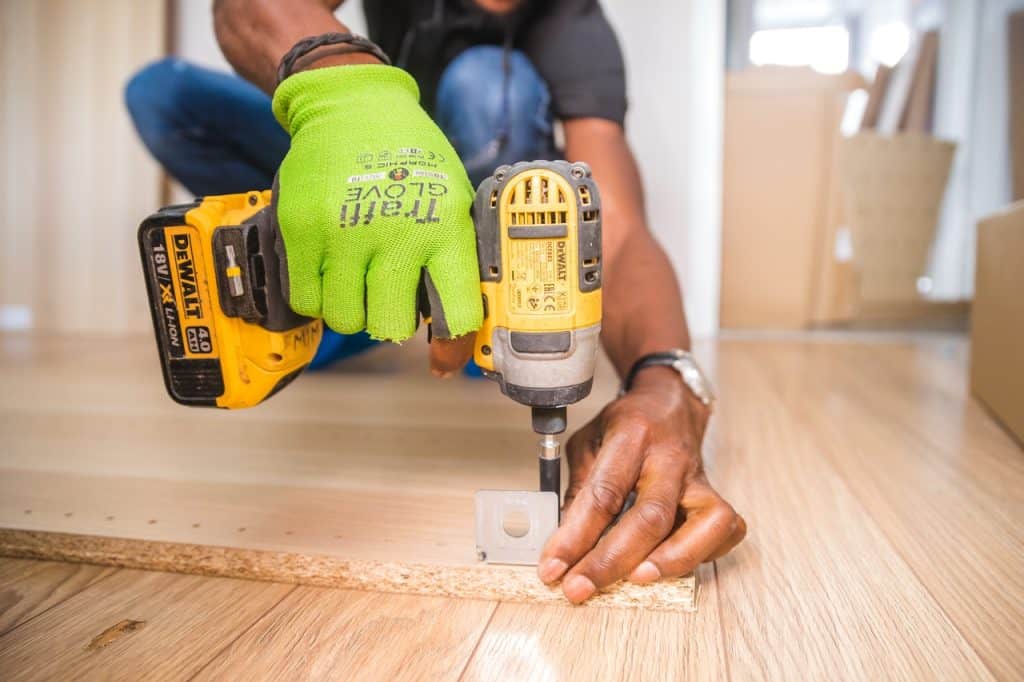 Step 4: Use your drill to pre-drill holes for the wall mount into your wall.

These holes need to be deep enough to securely attach the screws. The ideal length would be slightly smaller than the length of the screws.

Be careful at this stage because if you apply too much force during drilling, you can definitely damage the wall and render the spot unusable.

Repeat this process until you have drilled holes for all the screw holes of your wall mount.

Step 5: Ask the helper to hold up the TV mount at the same spot once again.

If you’ve done everything properly, the screw holes of the mount should align perfectly with the holes you drilled in the wall in the last step.

Attach the wall mount to the wall securely by screwing it in with a screwdriver.

Make sure not to over-tighten the screws as that can damage both the wall as well as the wall mount.

If you tighten the screws too much, you can bend the brittle metal of the mount or damage the wall.

Repeat the process until the mount is securely attached to the wall.

Step 6: Ask your helper to hold up the TV up to the wall mount.

Use a screwdriver or a socket wrench to tighten the screws between the TV and the mount.

Please note that these screws will be provided to you with the wall mount.

Insert the screws into the holes first and tighten them by hand as much as you can. After that, finish the job by using a screwdriver or a socket wrench.

Again, you must take great care at this stage so that you don’t over-tighten and damage anything.

If you over tighten at this stage, you can risk damaging the mounting holes at the back of your TV. If that happens, you won’t be able to mount it onto anything.

Once you properly tighten the screws, your wall-mounted TV is good to go.

So that’s how you mount a TV on the wall without a stud finder.

As you can see, while a stud finder definitely makes the job much easier, it’s not a necessary piece of equipment that you always need for wall mounting.

If you have any questions, please reach out to us in the comments below. 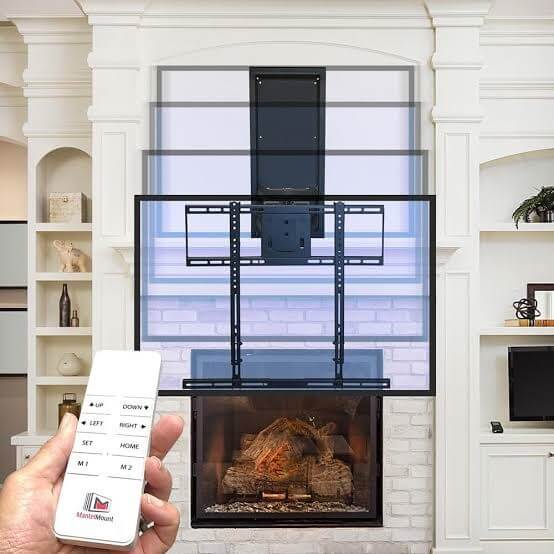 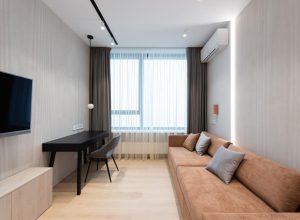 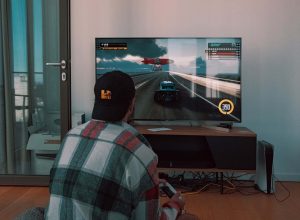 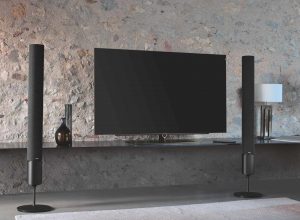 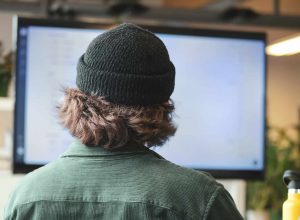 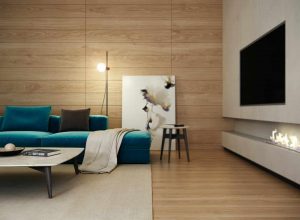 How to Mount TV when Studs Not Centered – Easy Guide, FAQs & More 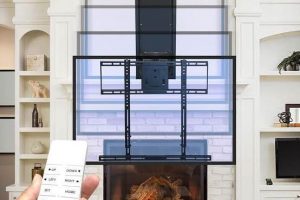 MantelMount is one of the leading companies that crafts and engineers wall mounts with pull-down functionality. One of the best in the business … 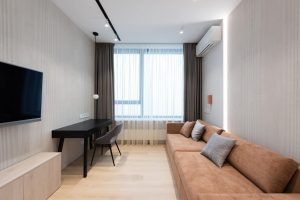 Hisense is a well-known brand of mid to large-scale flat-screen TVs.  Finding the right TV mount for your Hisense TV can be … 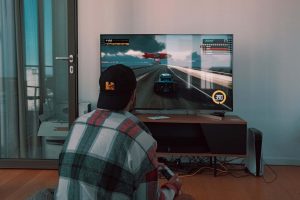 Vizio TVs are known for their unique designs and top-tier picture quality. Many consumers prefer them due to the convenient mounting process. …